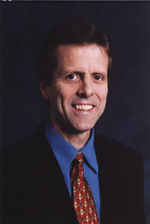 The theme of our research is the mathematical modeling of material behavior during processing for the purpose of gaining understanding of the observed phenomena. Almost all of the processes in which we are interested involve phase transitions, interfacial phenomena and thin film hydrodynamics. Methods of asymptotic and numerical analysis are some of the tools used to obtain solutions to the models developed. The solutions obtained have both practical impact and are of intrinsic interest! Listed below are our research foci.

Dynamics and stability of metallic foams

Gas-liquid metallic foams that are frozen into solid cellular materials have potential for use in a wide variety of applications, such as transportation vehicles where fuel consumption depends on vehicle weight. Our work involves the study of gas-liquid foam fluid dynamics and interfacial phenomena. Topics include liquid lamellar drainage, lamellar stability and rupture dynamics, solidification of thin liquid films.

Spin coating for photovoltaic and other device applications

Spin-coating is a materials process commonly used to create thin films and is accomplished by delivering liquid material onto a substrate, the rotation of which causes the film to thin as it spreads. Current industry spin-coating practice can produce layers on the scale of nanometers leading to novel behavior. Topics include spin-coat layer thinning, stability and pattern formation, phase separation in spin-coated polymer blends.

Colloidal crystals have been attracting much attention due to their novel use as 3D-photonic crystals and to their structural color. A key issue for industry is the scaling-up of the processing of high-quality colloidal crystal films. Our work is also investigating the use of the films as environmental sensors. Topics include evaporative self-assembly, Brownian dynamics and interfacial driven flows.

Crystal growth from the melt and from solution

Crystal growth kinetics and crystal morphologies are affected by external forces such as applied electric current or, in solution, by biological substances such as adsorbing proteins or polypeptides. Our research is focused on the development of models to study the influence of these phenomena on crystal growth. Topics include interfacial adsorption during crystal growth, interface stability, dynamics and pattern formation of growing multicomponent crystals.